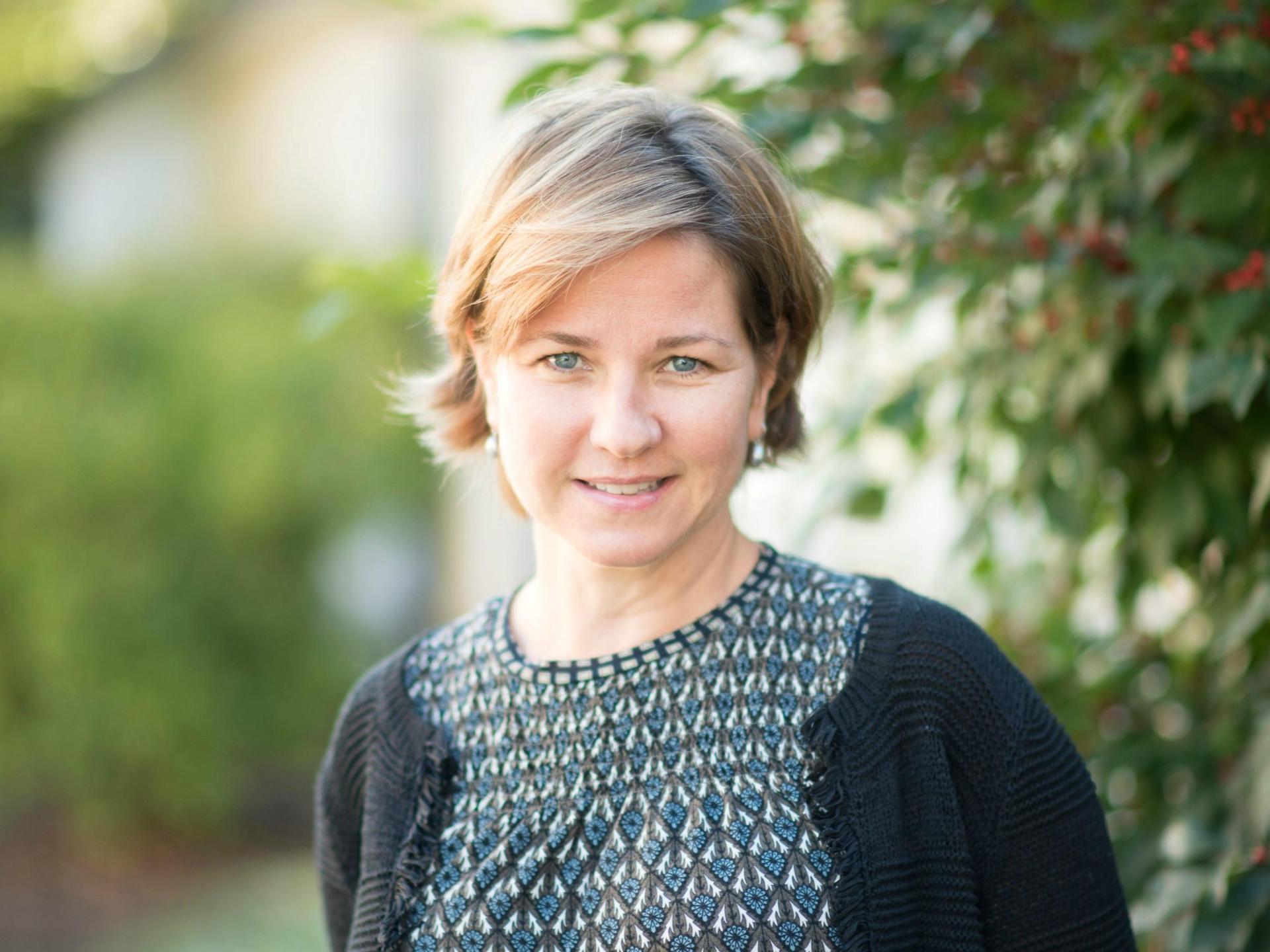 Mimi Ackers joined the Goshen Friends School faculty as a Preschool teacher in the fall of 2011 and was Director of Admissions from 2015-2017 before assuming the role of Head of School in fall 2017. Her relationship with the school began when her daughter, Anna, started Preschool in 2008. From 2010 to 2011, Mimi served as the clerk of the Goshen Parent Community.

Mimi graduated from Roanoke College in 1993 with degrees in History and International Relations. Her career began in print news as an editorial assistant and reporter. She then moved to public relations, marketing, and advertising. After the birth of Anna in 2004, Mimi began a freelance writing and editing business.

Before coming to Goshen Friends, Mimi was a Preschool teacher at the West Chester Area YMCA, where she taught 2- and 3-year-olds and enrichment courses for children ages 3 to 6.

Tr. Mimi has participated in several professional development programs, including Educators New to Quakerism at Pendle Hill and a seminar on Autism and Sensory Processing Disorders. She also participates on the Friends Council on Education's Diversity Peer Network.

Mimi loves to cook and read, particularly nonfiction and historical fiction. She is an enthusiastic football fan who supports the Baltimore Ravens, but can rally a cheer for the Eagles, as long as they're not playing Baltimore! Tennis is also a passion for Mimi, but these days she just gets to follow it closely on television. Totally random fact: she can read Russian! As the youngest of nine children and the mother of Anna and Owen, both of whom attended Goshen Friends School, Mimi calls her family, which includes husband Keith, "my favorite hobby. They are my greatest love and source of happiness."